How can we help you today?

What's the difference between a monthly stat, and a weekly stat graphed by month? Quite a lot, actually! So how do you know you're viewing the data you want to view?

Let's start with a weekly statistic. Here's a calendar showing number of donut sales as a weekly stat for August 2014, with the company's weekending date set to Saturdays. Daily sales are shown in green. The weekly total is shown in red. 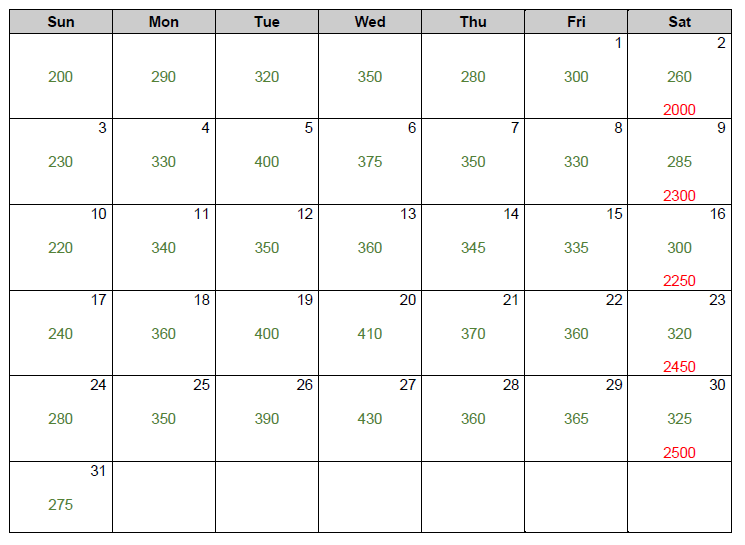 So, let's say you graph the weekly donut sales. After seeing the graph below, you decide to see how the sales have been changing on a monthly basis, and change the "Interval" box on the left from "Weekly" to "Monthly": 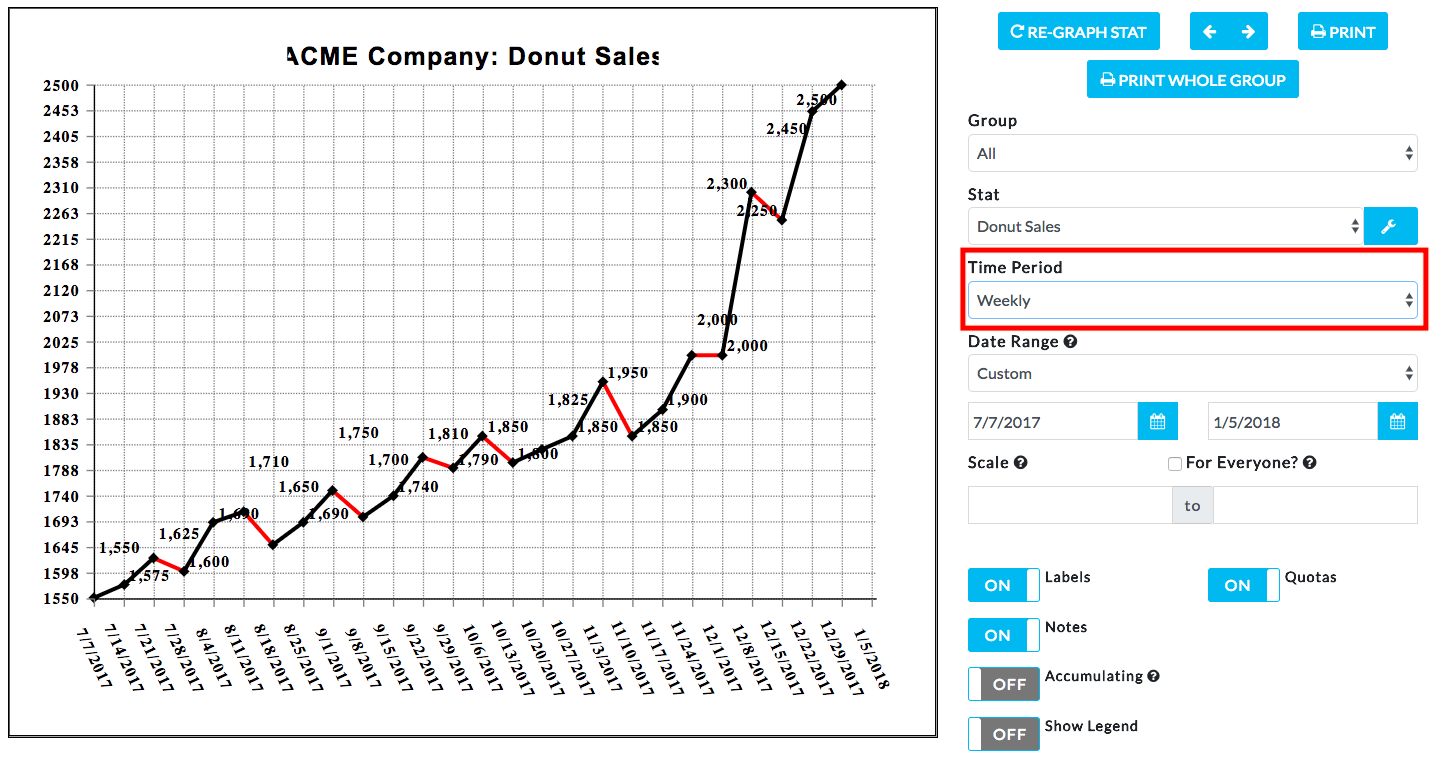 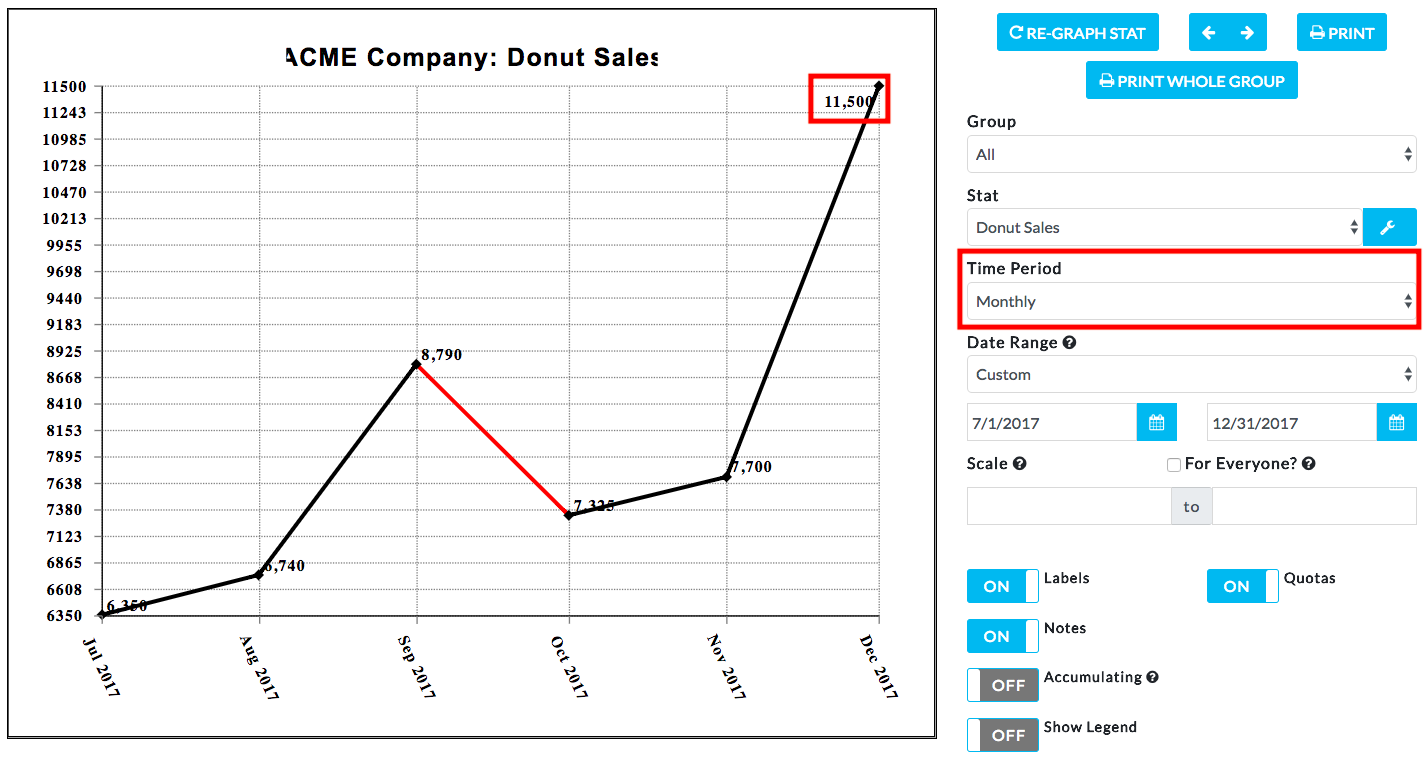 This is not, however, the exact figure for donuts sold in August.

The first weekending that falls in August, 8/2, includes the dates of July 24th through August 2nd. Because this weekending was reported during the month of August, all sales for that week are displayed under August on the graph:

This is the fundamental difference between a weekly statistic viewed by monthly intervals, and a monthly statistic.

The total value of each weekending reported that month, and is calculated by the UseMyStats program. In the case above, you are viewing the total sales from 7/24 through 8/30 giving a total figure of 11,500 donuts sold. The weekly graph viewed by a monthly interval is a tool used to give you a good overview of how a particular statistic may be changing over time.

The total value of the statistic during only the dates of that month, and is calculated and entered by the user. In the case above, the total for the month of August (dates 8/1 through 8/31) gives a figure of 10,335 donuts sold. The monthly statistic is an exact value by dates, graphed accordingly, and should be used in any case where accuracy is needed.

Did you find it helpful? Yes No

Send feedback
Sorry we couldn't be helpful. Help us improve this article with your feedback.